Many of the village’s most important buildings have disappeared from the landscape.  A prime example is the once-bustling railway complex which included the following: the Canadian National Railway Station; the Acadian Producer’s Coop warehouse; the old butter factory; Raphaël Arsenault’s potato warehouse; a livestock shipping yard; the feed mill and barn; and three storage buildings belonging to Arsenault&Gaudet.

All structures associated with Barlow’s Mills are gone, except a part of the grist mill.  Arsenault &Gaudet’s store and service station are gone; the Poirier Hotel / Richard Inn as well.  The former Frank I. Gallant house, once the home and office of Dr. Mark Delaney, was demolished recently to make way fora community park.  Other historic buildings, for example, the F.T. Arsenault house, the Samuel Barlow house, and the United Church Manse, have been significantly altered over the years, losing much of their original character and charm in the process.

The buildings described below are not meant to be a complete list of the village’s oldest buildings.  They are included here because they are of historic importance and because they have remained largely intact for one hundred years or more.

Josepĥ-Félix Arsenault House in 1989
(from a photo by H.M. Scott Smith) 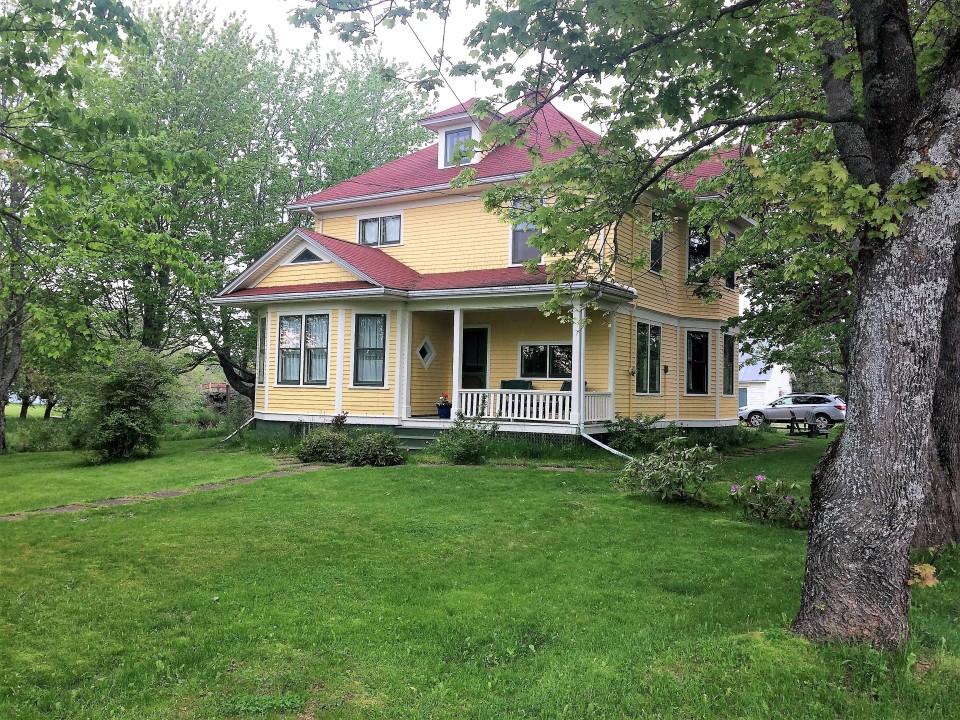